Merlot has always been a prestigious grape.  It was established years ago in Bordeaux where it is the number 2 varietal after Cabernet Sauvignon on the left bank of Bordeaux and played a leading role on the right bank.  Chateau Petrus, for example, an incredibly expensive wine of the right bank, has 95% Merlot in the wine.  Merlot was a “newish” entry in the fighting varietal category in the late 1990’s and then went a little out of favor as other varietals came into vogue. It also got a bad name after the lead character in a Hollywood film “Sideways” spent the entire film trashing it in favor of Pinot Noir.  The problem of Pinot is it there is so much insipid Pinot at this price point. It is easier for a winemaker to make a good, reasonably priced Merlot. Merlot is truly one of the “noble” varieties of red varietals, famous for being ready to drink earlier than Cabernet Sauvignon but lasting just as long.

These two bestselling, reasonably priced Merlots presented a tight competition. Both are vinified to be pleasant, ready to drink and thereby popular with the public.  I am personally very familiar with both of them having represented both brands as a wholesaler and have drunk myriads of bottles over the years. The vintage was 2016. Upon opening I thought the Blackstone would win.  Its color was redder and it had more varietal flavors of black cherry, plums and black raspberries. That was upon opening. After an hour the Bogle came to life and outshone the Blackstone and added a hint of tobacco to the flavors. It had greater mouthfeel especially after the hour. Bogle was weightier on the palate. Both spent about a year in oak, the Bogle in American and the Blackstone in a mix of American and French. The French oak probably accounts for the Blackstone’s' traces of vanilla in the bouquet.

The Blackstone did not change much over the hour but the Bogle now tasted like a well-knit together wine. Bogle was 14.0% alc and Blackstone 13.5% alc. They both represent excellent value for money.  Merlots are ready to drink earlier than most other reds such as Cabernet Sauvignon and when you are buying a full bodied red for tonight and you are 3 years or less from the vintage date on the label, you are well advised to put down that bottle of Cabernet Sauvignon and choose a Merlot! 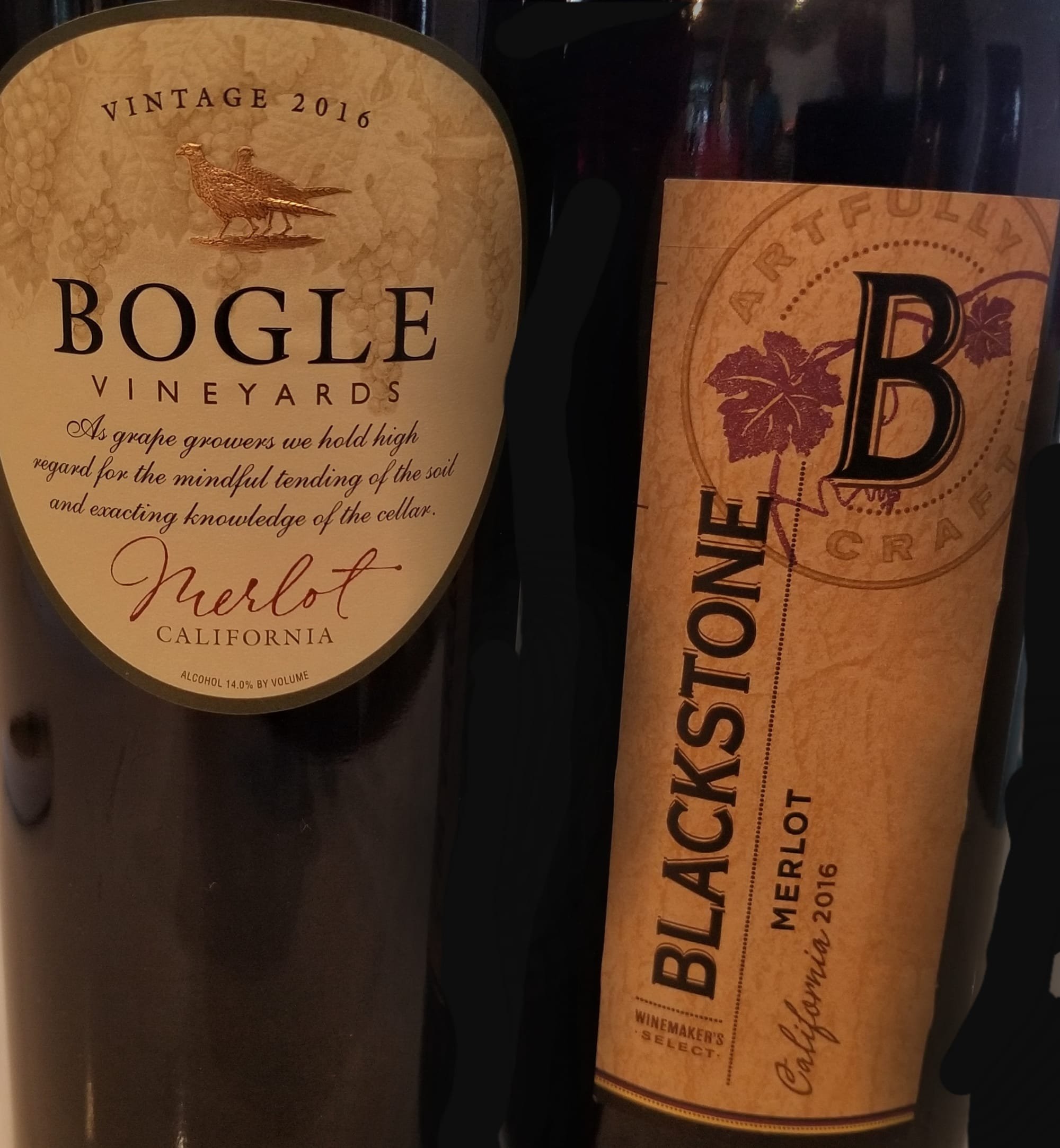 Comparison of Two Most Popular Value Merlots Bogle and Blackstone
04Jun
Is your wine aging or aged
14Oct
An American in the Bordeaux Wine Trade
14Mar
Which Wine is Sweet or Dry?
Comments